Click on each of the links above to navigate to that particular page.

About the Southern African Society for Medieval and Renaissance Studies

Sasmars aims to promote scholarly interest and research in Medieval and Renaissance Studies in Southern Africa and further afield. Its biennial conferences provide a forum for academics and senior students to present their work in congenial surroundings. The Society's journal, The Southern African Journal of Medieval and Renaissance Studies, is a peer-reviewed publication which is accredited for South African research subsidy purposes. The SASMARS Newsletter has grown beyond our wildest expectations and has attracted the attention of scholars from all over the world. As a result, our 20th biennial conference in 2010 attracted the largest group of international delegates ever and served to forge important links between international scholars and their Southern African counterparts.

It has become a tradition to invite the keynote speakers at our conferences to become Corresponding Fellows of the Society and we are proud to acknowledge the following in that capacity: 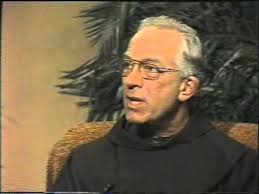 SASMARS honours the memory of

Rev. Fr. Bonaventure Hinwood O.F.M., who passed away on 8 September 2016 after many years of suffering. He was a longstanding and faithful member of the Southern African Society for Medieval and Renaissance Studies. RIP

Priest's Afrikaans poetry
BY MICHAEL SHACKLETON · MARCH 31, 2009
SEEVLAK TOT SAVANNA by Bonaventure Hinwood. Bent Uitgewers, 2008. 60pp.
Reviewed by Michael Shackleton
In the 1970s Franciscan Father Bonaventure Hinwood told me about his first published collection of Afrikaans verse, called Smeulvuur. I had not been aware till then that his considerable intellectual talents went hand in hand with the divine muse.
I read ‘Smeulvuur’ and was struck by how the poet used alliteration and the distinctive sounds of well-spoken Afrikaans to grab the reader. In Seevlak tot Savanna, Fr Bonaventure’s sixth collection of verse, I found that he had lost nothing' of his imaginative choice of words and their sounds in blendings of arresting beauty.
This is a collection of poems about nature and the poet’s surging emotions when faced with the sea (Seevlak) and the land (Savanna). The poet’s moods and feelings are expressed in short entities, each one neither longer nor briefer in verbiage than the images demand.
In ‘El Nino’ he succinctly feels:

Gods special relationship with creation, the human family in particular, is central to this poetry. And, as a Franciscan, Fr Bonaventure is perhaps perfectly suited to be writing it.

We are pleased to announce that the 23rd biennial conference of SASMARS was held at Mont Fleur in Stellenbosch, South Africa on 26 – 28th August 2016.

Medieval and Early Modern societies weathered various socio-cultural transformations, ranging from economic developments to religious conflicts, across a range of different geographies and in urban and rural spaces.  How did poetry, theatre, prose, visual art, architecture, and other forms of art respond to such changes?  How do we historically understand and assess various kinds of social transitions? 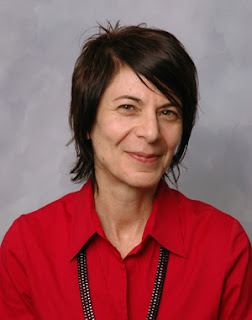 At this year’s SASMARS conference, Professor Carolyn Dinshaw (New York University), an acclaimed medievalist, was our keynote speaker, and she delivered the following keynote to the conference attendees:

Carolyn Dinshaw has been interested in the relationship between past and present ever since she began to study medieval literature. Her 1982 dissertation, subsequently published as Chaucer and the Text in 1988, explored the relevance of new critical modes for older literature, while in her 1989 book, Chaucer's Sexual Poetics, she investigated the connection of past and present via the Western discursive tradition of gender. In Getting Medieval: Sexualities and Communities, Pre- and Postmodern (1999), she traced a queer desire for history. In her most recent book, How Soon is Now? Medieval Texts, Amateur Readers, and the Queerness of Time (2012), she looks directly at the experience of time itself, as it is represented in medieval works and as it is experienced in readers of those works. In the classroom, she regularly teaches materials past and present, in courses ranging from Medieval Misogyny to Queer New York City.

Dinshaw’s current research projects extend her interests into the visual field. It’s Not Easy Being Green focuses on the eerie figure of the foliate head – a decorative motif well nigh ubiquitous in medieval church sculpture in Western Europe that became known in the 20th century as the Green Man. This imagined mixture of human and vegetable (a head sprouting leaves or made up of vegetation) is the point of departure for her research on human/non-human relations, queerness and queer sexual subcultures now, "the ecological thought" (as Timothy Morton puts it), and what medieval literature can tell us about it all.

The second project, Exploring Nowhere: Mirages, Digital Maps, and the Historical Problem of Location, is undertaken with visual artist Marget Long. It is a project that explores paradoxical places where time and space operate differently from all other places on earth – “nowheres that are somewhere” (to adapt Alessandro Scafi’s resonant phrase for medieval representations of Paradise). Long and Dinshaw look to the optical phenomenon of the mirage—a strange and elusive "nowhere"—to explore the broad concepts of location and locatability. They investigate the mirage’s visual and cultural history through a wide array of materials: medieval maps and legends of Paradise (which was in at least one instance thought to be a mirage), early 20th-century Arctic exploration, and photographs and video works from Long’s project on mirages.

The convener for the conference is Dr Derrick Higginbotham.  Any inquiries can be directed to him.

Click here for the Conference programme, impressions and photographs.

Volumes 22/23 of The Southern African Journal of Medieval and Renaissance Studies (2012-13), dedicated to Michael Bratchel, were presented to him at London University's Institute of Historical Research in December 2014. 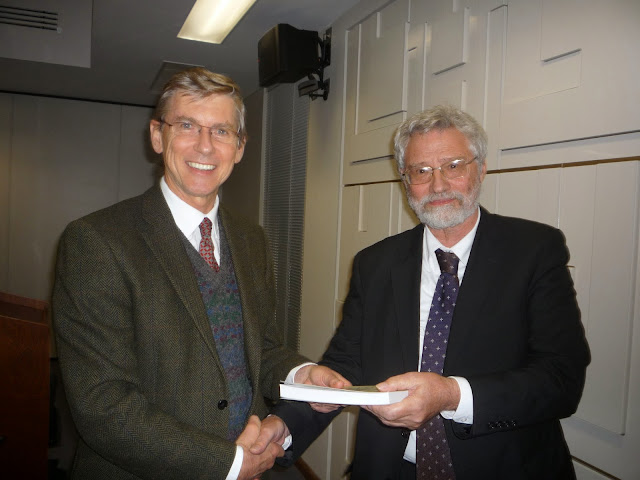 Michael has sent the following response:

It was a great pleasure to receive the Festschrift published in my honour as vols. 22/23 of The Southern African Journal of Medieval and Renaissance Studies (2012-13). At the presentation in December, at London University's Institute of Historical Research, SASMARS was represented by Victor Houliston; I greatly regret that distance made it impossible for other friends and colleagues from SASMARS to attend. I remain humbled by the fine and meticulously produced volume that has resulted from their labours. It is nearly two years since I left South Africa. Susan and I have settled in the UK in a large, rambling Victorian house in the Mendip hills of rural Somerset. The setting provides me with the peace and tranquillity to do some of the writing from which I was distracted by the obligations of a teaching post: an article on Italian vicars has appeared on-line, and will be available in the print version of the journal Urban History during the course of 2015. More will follow - once I overcome my predilection for research and my procrastination over writing. I hope that the Festschrift will serve to cement ties between the Society and medievalists working here and in Europe. I think of you often, and wish the Society every success as it prepares for the excitements of Stellenbosch 2016.

The 22nd Biennial Conference of the Southern African Society for Medieval and Renaissance Studies on the theme The Art of Reading in the Middle Ages and Renaissance was held from 28 to 31 August 2014 at Mont Fleur, Stellenbosch, South Africa. 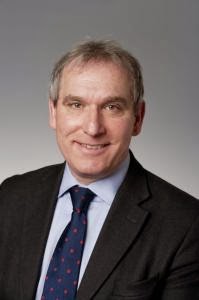 For the conference progamme, a reflection on the conference by the keynote speaker, Professor Woudhuysen, and photographs and other information, click here.

Essays in honour of M.E. Bratchel 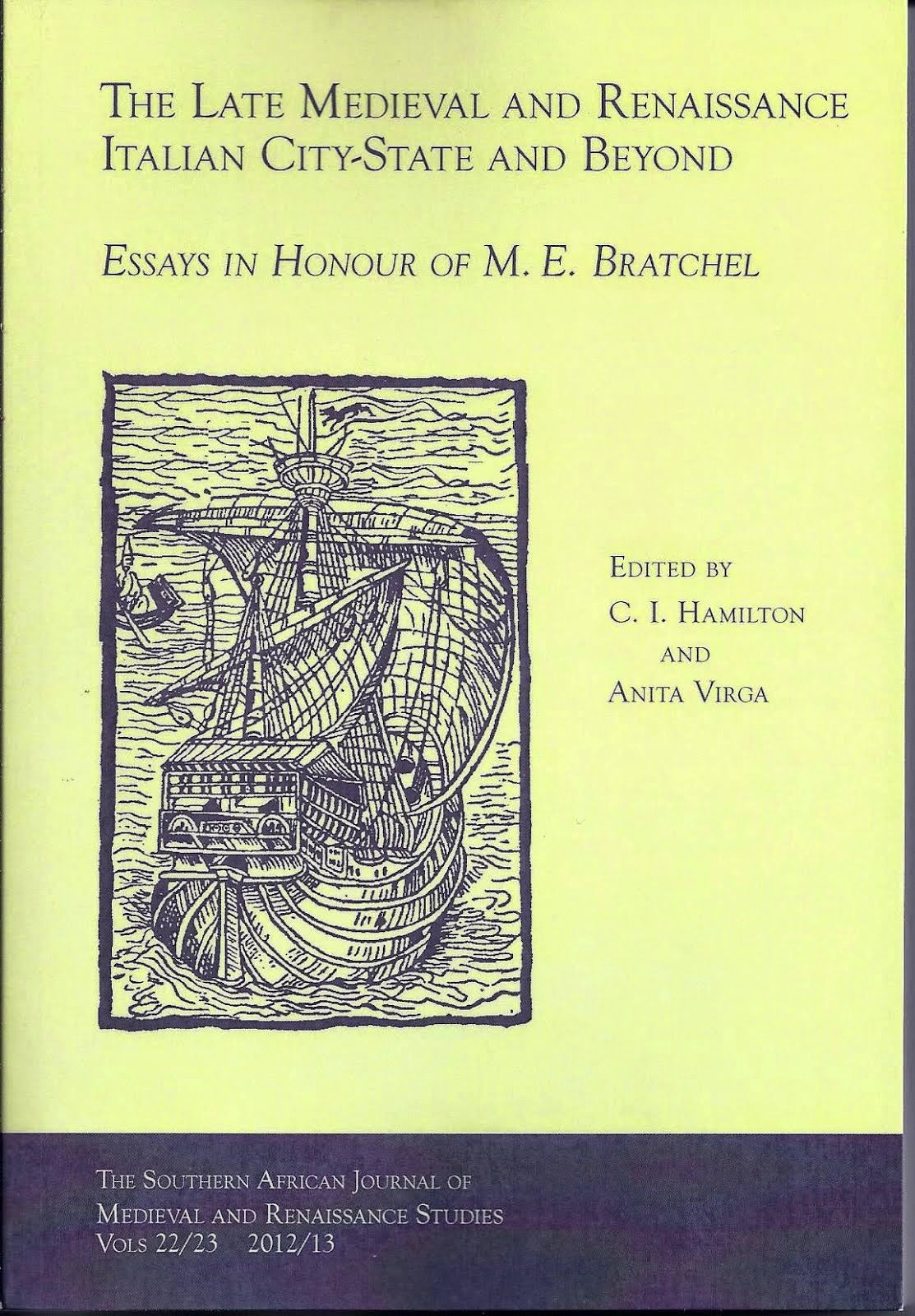 'M.E. Bratchel has been a major point of reference for the history of medieval Lucca for many decades, and has changed the field. This is reflected in the remarkably high quality and cutting edge of the international array of scholars and scholarship in this volume.'
Chris Wickham
Chichele Professor of Medieval History
University of Oxford
CONTRIBUTORS 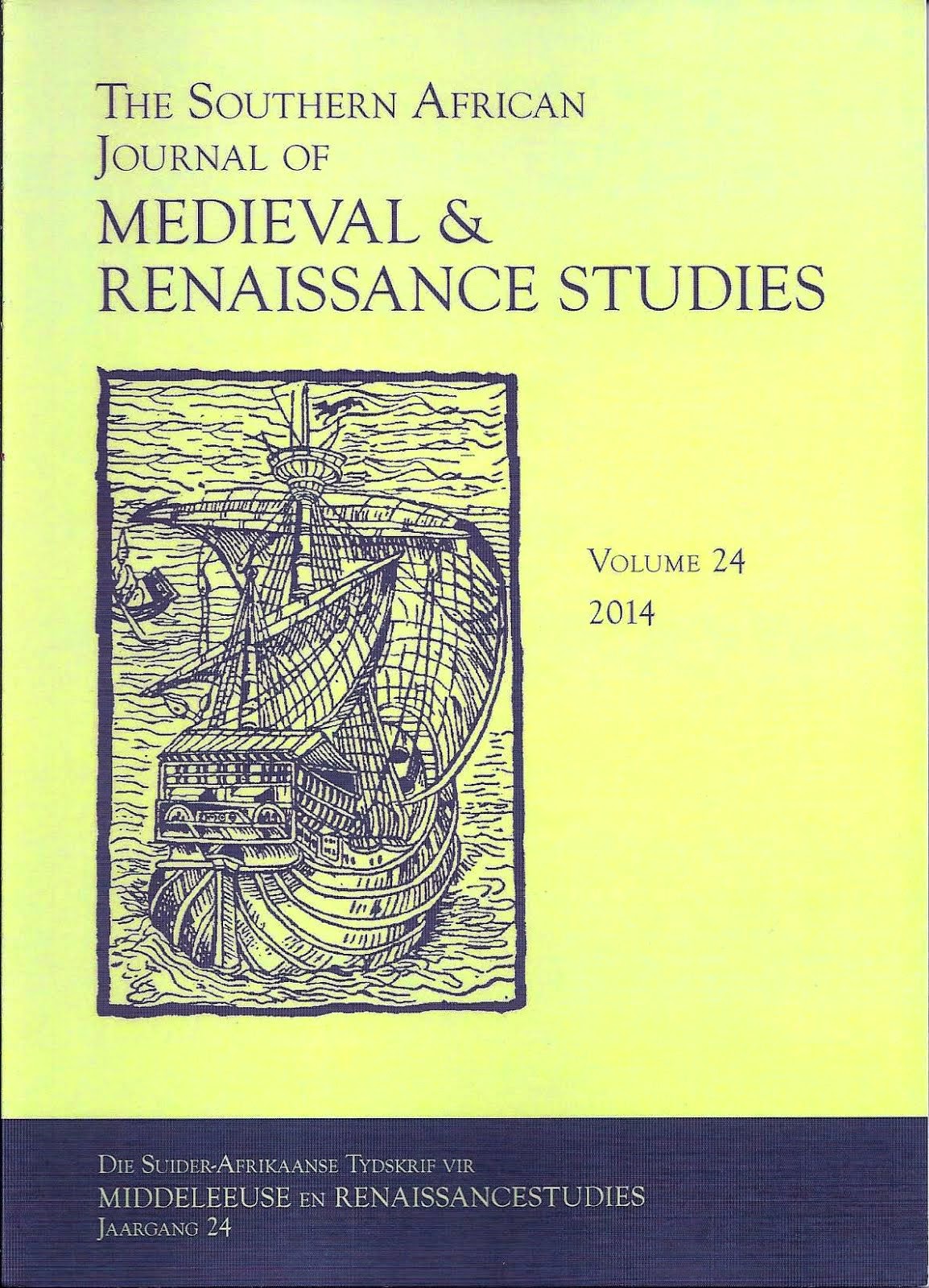